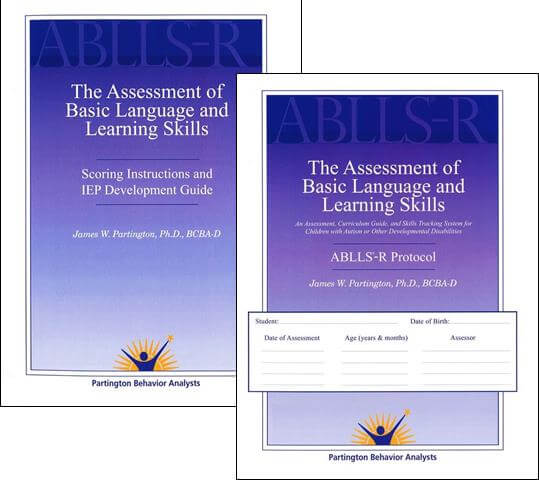 The Assessment of Basic Language and Learning Skills – Revised (ABLLS-R)

Developed by Dr. Partington, the ABLLS-R system is an assessment tool, curriculum guide, and skills-tracking system used to help guide the instruction of language and critical learner skills for children with autism or other developmental disabilities. This practical and parent-friendly tool can be used to facilitate the identification of skills needed by your child to effectively communicate and learn from everyday experiences. 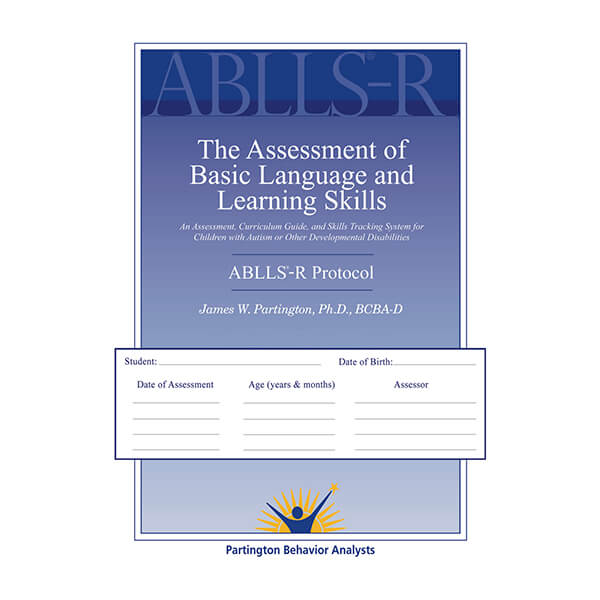 The ABLLS-R provides a comprehensive review of 544 skills from 25 skill areas including language, social interaction, self-help, academic and motor skills that most typically developing children acquire prior to entering kindergarten. The task items within each skill area are arranged from simpler to more complex tasks. Expressive language skills are assessed based upon the behavioral analysis of language as presented by Dr. B.F. Skinner in his book, Verbal Behavior(1957).

The assessment results allow parents and professionals to pinpoint obstacles that have been preventing a child from acquiring new skills and to develop a comprehensive, highly personalized, language-based curriculum.

The 2006 version of the ABLLS incorporates many new task items and provides a more specific sequence in the developmental order of items within the various skill areas. Significant changes were made in the revised version of the vocal imitation section with input from Denise Senick-Pirri, SLP-CCC. Additional improvements were made to incorporate items associated with social interaction skills, motor imitation and other joint attention skills, and to ensure the fluent use of established skills.

The ABLLS-R is comprised of two documents:

1. The ABLLS-R Protocol is used to score a child’s performance on the task items and provides 15 appendices that allow for the tracking of a variety of specific skills that are included in the assessment. The Protocol includes a set of grids that comprise a skills-tracking system that makes it possible to observe and document a child’s progress in the acquisition of critical skills.

2. The ABLLS-R Guide provides information about the features of the ABLLS-R, how to correctly score items, and how to develop Individualized Education Program (IEP) goals and objectives that clearly define and target the learning needs of a student.

Clinical Significance of the ABLLS-R

The Validity and Reliability of the ABLLS-R

Many of the popular assessments do not contain adequate empirical support for the psychometric properties (i.e., validity of the assessment and the reliability of the scores produced) of the assessment.  Recent research on the ABLLS-R provides empirical support showing that the ABLLS-R contains strong evidence of validity and that it yields reliable scores.  In a recent study, Usry (2015) documented evidence of content validity when she found that expert raters from the field of behavior analysis rated the majority of the ABLLS-R items as “essential.”  Another group of researchers obtained evidence of convergent validity as scores obtained from the ABLLS-R correlated strongly with those from the PEAK-DT and the Vineland II(Malkin, Dixon, Speelman, & Luke, 2016).

The ABLLS-R is sold as a set that includes the ABLLS-R Guide and a Protocol to ensure that parents and professionals have the instructions as to how to use the ABLLS-R. Additional protocols can be purchased separately by individuals who have already purchased a copy of the ABLLS-R Guide.

We hope you found this ABLLS-R overview article useful. Please get in touch if you have any questions. 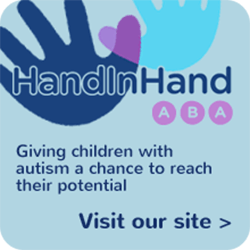